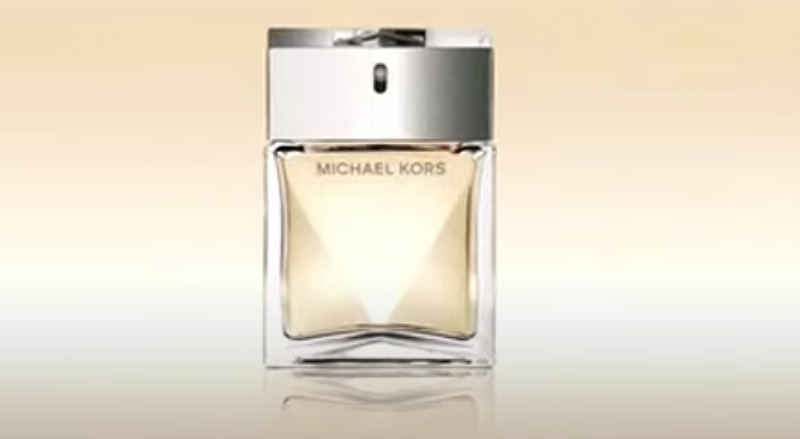 Because, in the end, that fragrance is the only one that has the name as the main name. It represents the designer’s brand more than any other fragrance they have or will produce.

Michael Kors by Michael Kors is a Floral Woody Musk fragrance for women. It was launched in 2004 and has experienced moderate success. Unfortunately, we are unable to find any information on the perfumer(s) responsible for the fragrance, potentially because it’s under Kors’ name. Maybe he created it, or he doesn’t appreciate his thunder stolen.

His signature fragrance is one of his better sellers, which is an expected result of any designer who launches a fragrance under their name.

But what does Michael Kors smell like? We’ll answer that to the best of our abilities.

With freesia lining the top notes, you almost get a banana opening. And that’s a bit odd. The opening is quickly replaced by the middle notes consisting of lily, tuberose, peony, and orris root. The tuberose tends to dominate the second layer. The base notes feature musk, tahitian vetiver, and cashmere.

All in all, Michael Kors signature fragrance beholds a tropical island, vacation vibe. It can incite nostalgic getaway vibes for those of us with some life experiences. But it also emanates a bit of a summer day at the pool feel.

Now, to be clear, Michael Kors doesn’t smell like Coppertone sunblock, to be clear. It is a much more refined fragrance. It’s summery and vibrant.

It’s an overall pleasant smell that doesn’t take itself too seriously, which is a surprise given it’s the designer’s signature fragrance.

Indeed, we do carry Michael Kors by Michael Kors samples. Samples are an excellent way to hedge your bets on making a full bottle purchase. A full bottle runs just under $100. So maybe give it a try via a sample and see how you feel about it.

Michael Kors signature fragrance endeavor features…wait for it… Michael Kors. Who would have guessed? Well, all of us. The commercial is shot more in documentary style with a backdrop featuring acoustic music. It’s clear that Kors wants this fragrance to separate itself in all fashions. Mission accomplished.

Michael Kors signature fragrance is a tropical island experience. Unfortunately, the major downside is its inferior longevity. It won’t last you that long; you’ll need to reapply. Otherwise, it’s fun, zesty, and hip.