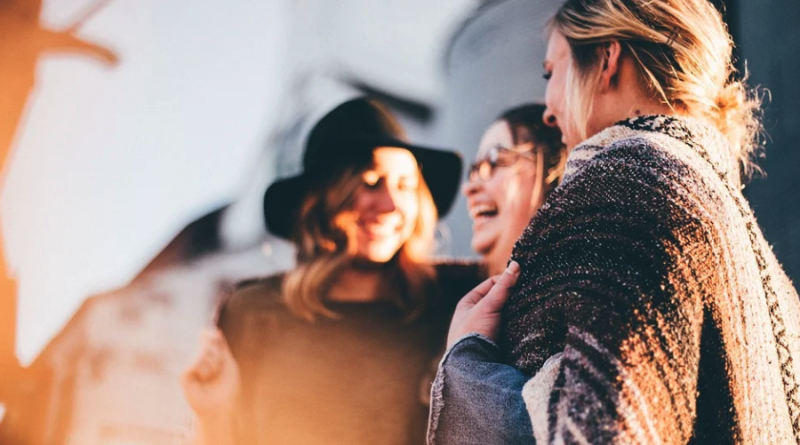 Most of us consider the concept of smell as a powerful tool used to select desirable foods, avoid undesirable spaces, or uplift the mood of our homes. Our inherent human olfaction protects us from the bad and attracts us to the good.

But what if your sense of smell’s prowess extends beyond discerning between inanimate objects, foods, and spaces? What if our perfume sample determined who we’d meet that day or chill with next week?

What if your sense of smell helped you select your friends or romantic connections?

Mounting evidence in the scientific community is building a case that our noses help us create instantaneous affections for others. So, could those with similar body smells spark interpersonal relationships faster than those who don’t?

Researchers in an olfaction lab carried out a small study pointing to just that.

And the results were nothing short of sensational.

The study, published last week, examines the scents of friends who reportedly hit it off from the beginning of their relationship. What the researchers discovered was that these people had similar body odors. Moreover, the researchers asked participants to play games together. Following the games, those who felt the most “connected” also possessed the most similar body odor profiles.

If this smells fishy (pun intended), it shouldn’t. But, in some ways, none of this should be a surprise, given what we know about the science of friendship.

Historically, science has shown that friendship dynamics are based on numerous underlying factors, including your DNS makeup and how your brain works.

In this case, the researchers isolated friends who “hit it off” immediately instead of blossoming over time. The head olfactory researcher, Inbal Ravreby, compelled 20 groups of friends who described themselves as “a clique” to partake in the study. Inbal suspected that scent played a role in instantaneous “clique” friendships, but she needed to prove it scientifically.

But setting up a study involving human scent of this magnitude would prove trying. So Inbal asked that all participants stop eating foods that influenced their scent (think, garlic). She also asked them to cease using deodorant or any cosmetic products which altered their scent.

Next, she asked the participants to sleep in specific, similar t-shirts. Inbal’s desire, of course, was that the shirts absorb the base human scent of each participant.

To assess the results, Inbal deployed a mix of human noses and artificial computerized detectors to determine the scent profiles of each participant’s shirt.

They were. But that wasn’t all.

What about people who smell like their favorite diner or don a perfume?

“It’s very probable that at least some of them were using perfumes when they met,” Ms. Ravreby considered. “But it did not mask whatever they had in common.”

To determine this, the researchers found 132 participants willing to go out and live life in a t-shirt and then return to the lab for some fun and games. The idea, of course, was that the worn t-shirts would carry the scents of that person’s life – restaurants eaten at, candles lit in rooms, deodorants worn, etc.

Researchers paired people up for a series of games. Following the conclusion of the games, participants were questioned over which game partners they felt the most connected to.

The similarity of the person’s odor predicted over 70% of their happy connections.

There’s a bit to digest here, of course.

Does this imply that people pick up on people who carry smells that signal similar interests? For example, does the happy, summery, fresh vibe of a perfume determine who within range might interact with you? Does this mean that our lovers choose us by how we smell?

The answer is probably. Or maybe, likely.

A Psychology Today article conveyed that people who lost their sense of smell during the pandemic lost some of their lust for their partners. How you smell – It’s THAT important.

You can choose to avoid many smells, such as the scent you absorb standing over a 500-degree griddle sizzling bacon. Conversely, are scents you can gravitate towards, such as selecting a perfume sample.

That’s precisely the point of trying perfume samples. Every perfume possesses a unique fragrance note profile. And thus, a distinctive scent profile may open up opportunities for meeting new fabulous friends on the fly.