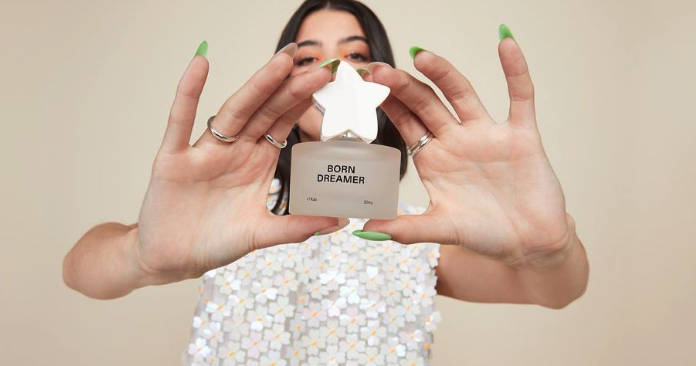 TikTok has become a haven for perfume lovers. The video-inspired social media platform boasts numerous perfume reviewers. And if you’re lucky enough to become a TikTok star, you can launch your personal fragrance.

And that’s exactly what Charli D’Amelio did when she launched “Born Dreamer” this week.

While D’Amelio claims Born Dreamer as a vegan fragrance, the product lacks any notable vegan certifications.

D’Amelio says she visited France in order to compile Born Dreamer’s notes. She leveraged the French company, Robertet, who is known for not using animal testing unless required by law.

Born Dreamer does not have a cruelty-free certification. And there’s no established timeline as to whether the TikTok star will pursue any certifications in the animal cruelty class. This could ultimate harm the legitimacy of her claims, particularly if any of her downstream production reveals any inconsistencies. For now, it seems D’Amelio has the best intentions. And we’re rooting for her and Born Dreamer.

D’Amelio was a competitive dancer in the decade prior to her social media stardom. However, in 2019, she began actively posting dance videos on TikTok. It didn’t take long for the followers to add up. For a stint, D’Amelio was the most followed TikTok star. And she’s the first TikTok star to ammass 100 million followers.

D’Amelio has been open about her battle with an eating disorder and is an avid spokesperson against body shaming.

“I consider myself a normal teenager that a lot of people watch, for some reason. It doesn’t make sense in my head, but I’m working on understanding it.” D’Amelio told Variety.

Given her fame, D’Amelio is far from a normal teenager, that’s for sure.